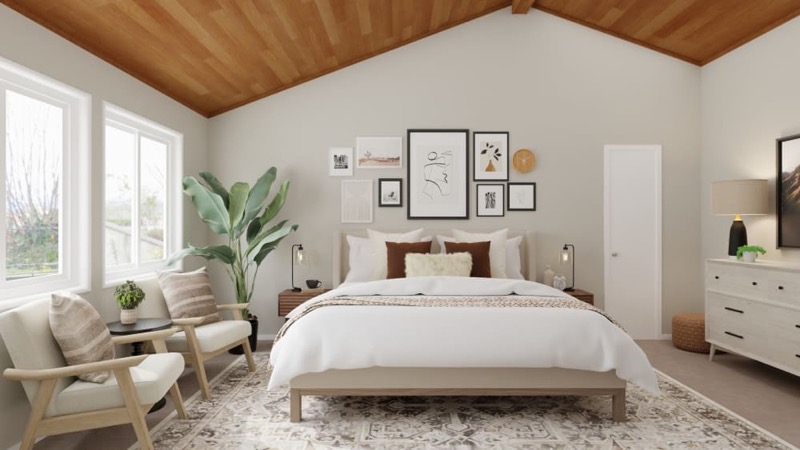 Moving in together is a big step in any relationship. While it seems like a natural progression, living together isn’t for everyone. Just because you’re dating someone doesn’t mean you should live with them. Before you take the jump, think about these four things.

When you’re living apart from your partner, it’s important to have regular conversations about what you want out of the relationship. People tend to put off these kinds of conversations because they’re tough. They’re tough because it’s hard to assess how each person is reacting to what the other is saying. If you’re in a spat with your partner, it can be hard to tell if they’re mad at you, or just mad at the situation.

That’s one reason you should have these conversations in person: so that you can see how your partner reacts when you talk about things like marriage and kids. I’ve seen this happen too many times. A couple waits until they’ve been living together for a while, then has “the conversation” about marriage and kids, only to find that one partner has been waiting for that conversation the whole time. Now they have to figure out if they want different things, or if one of them has changed their mind since deciding not to get married or have kids in the first place (which happens more often than you think).

Just like most other things in life, living together isn’t always going to be sunshine and roses. Arguments will happen. You’ll both have your differences and it’s important to know how to deal with them.

When you argue, be sure to take a step back and really understand the deep-rooted reason as to why you may be fighting in the first place. Are you upset that they wore your favourite shirt without asking? Or are you upset because they hung out with their friends instead of staying home and spending time with you? Is it because they forgot to take out the trash? Or is it because they never listen to what you have to say?

Think about what exactly is causing the fight, and don’t belittle each other for feeling that way. When people move in together some things change, and sometimes those things can cause tension between couples. Make sure that if anything bothers you, you tell them and discuss it until a resolution is found or you can both come to an understanding.

If you’re planning to move in with a partner, you should probably make some kind of schedule.

Before you move in together, it is natural to assume that your partner is like you, but better. (And worse too, but this is less obvious.) The danger here is that once you live together and your roles become more clearly defined, you’ll discover that they really are different from you. But by this time it may be too late. You will have moved all your stuff in.

If you can talk about the things that bother you now, before they become habits, you can often solve them. If not, try to figure out what they are and make a schedule for them so they don’t get in the way of each other’s work.

When you move in with someone, if something breaks, who fixes it? How soon? Who pays?

If you’re moving in with someone to save money, you might be tempted to cut corners on things like this. But you shouldn’t. If you don’t agree on a policy for fixing things before they break, it’s going to cause fights.

One of the first things Roommate and I did when we moved in together was agree on a policy for fixing things when they broke. If something stops working, one of us tries to fix it. If we can’t fix it ourselves, we call someone who can. We keep phone numbers handy so that if anything breaks at 2am we don’t have to waste time looking up the number of the plumber or electrician or whatever. We’ve had times when something broke at 2am and we fixed it by 8am without getting stressed about it. It’s not because one of us is handy and the other isn’t; we’re both equally incompetent when it comes to things like that. What mattered was that we agreed on a policy and stuck to it.

If your oven broke and you’re looking for a Winnipeg oven repair, call Profixit today to get it fixed.

Moving in with someone you love can be a terrifying prospect. But there are some things you should know before making the jump and signing on the dotted line. Ultimately, it’s important to talk to your partner about your needs for space, outside relationships, and cleanliness. Hopefully these four tips will help you do just that, especially if you’re planning on living together for a while.

Don’t forget that you and your partner and roommate don’t have to fight over everything, and if one of your appliance broke down you can get Profixit help and get an appliance repair service in Winnipeg.

8 Cleaning Hacks That Are Super Satisfying